If you live in Yakima you’ve probably heard someone say they have carpal tunnel. As prevalent as carpal tunnel may be, many people remain unfamiliar with its signs, symptoms, and most importantly the best treatment choices. Our team at Yakima West Valley Chiropractic Centres has the experience and knowledge to provide you with the most important and accurate information regarding this condition. We hope this article will be a starting point to help you make the best decision for your overall health.

To understand what carpal tunnel syndrome feels like, it is first important to understand what the carpal tunnel is. As the name implies, the carpal tunnel can be thought of as a connective tissue passageway for many important structures traveling from your neck to your wrist. Within the tunnel lies many important ligaments and tendons supplying the hand, but most importantly the median nerve. The median nerve is the largest of three nerves that control movement and sensations in the hand, such as pain. Anything that causes pressure on the median nerve as it passes through the tunnel can begin to produce the symptoms of carpal tunnel. Typically, this pressure is due to repetitive work involving the wrist, but can also be caused by obesity, pregnancy, disease process such as rheumatoid arthritis, and injuries to the wrist.

Many symptoms can be associated with carpal tunnel syndrome, but some have been found to be more common than others. Our team at Yakima West Valley Chiropractic Centres has commonly seen patients complain of tingling, numbness, and pain throughout the hand as one of the first symptoms. Often these sensations are worse at night and not experienced in the pinky finger since this digit receives its nerve supply from a different nerve. Another important thing to remember about carpal tunnel syndrome is that the symptoms for some people typically begin as slight, and other people describe the sensations as severe. In addition to the tingling, numbness, and pain a few patients have come into the office with enlarged fingers due to swelling. Carpal tunnel syndrome typically effects the hand that a person uses most often, but both hands can be involved especially if the root cause is vertebrae out of place in the spine.

At our clinic we have seen a variety of patients present with this condition, so it is important to remember that it can affect anyone. However, it has been noticed that people who work in factories or on assembly lines performing repetitive tasks are more at risk. People involved in meat packing/preparation, sewing, construction, automotive work, and cleaning are especially prone to the development of carpal tunnel. It has been observed that carpal tunnel typically effects men more than woman, with woman being as much as 4X as likely to develop this condition. This is believed to be due to differences in anatomy between men and woman, with woman having a smaller carpal tunnel for the median nerve to travel through.

A variety of different treatments have been tried for carpal tunnel, with some having more success than others. The traditional medical approach to carpal tunnel syndrome typically begins with a combination of physical therapy and bracing of the wrist that eventually leads to surgical removal or enlargement of the carpal tunnel itself. The success rates of surgery for carpal tunnel syndrome have mixed results. It is has been reported by the Bureau of Labor and Statistics that only approximately 25% of people were able to return to their previous occupations following surgery. In addition, recent patient surveys have found that nearly 57% of patients undergoing the surgery experienced recurrent symptoms following the procedure. Many patients have reported requiring second and even third surgeries and being prescribed multiple prescription drugs following the procedure.

So the question becomes, if the carpal tunnel is the root cause for the symptoms, then why are there so many failures following surgical release of the tissue? This is where integrative care and chiropractic come into the picture. Often the cause of the symptoms associated with carpal tunnel is due to nerve interference caused by misalignment in the spine. If the spine is not the primary source of interference, chiropractors will follow the nerves through the shoulder, elbow, and wrist to find the cause of the symptoms. Misalignment in any of these joints may be sufficient to cause the symptoms associated with carpal tunnel syndrome. If the nerves are being damaged at their origin or anywhere along their path, this can result in symptoms in the hand. Until the problems at the spine are resolved, surgery and other treatments concentrating on the wrist will have minimal benefit.

Instead of spending the thousands of dollars for a surgery that often gives little long term relief, start with a non-invasive conservative approach. Making these decisions about your health can be difficult, but at Yakima West Valley Chiropractic Centres we have the knowledge and experience to assist you. If you have concerns about carpal tunnel or would simply like to learn more about the condition, please contact our Yakima office today to schedule a consultation. 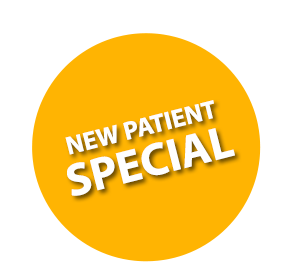